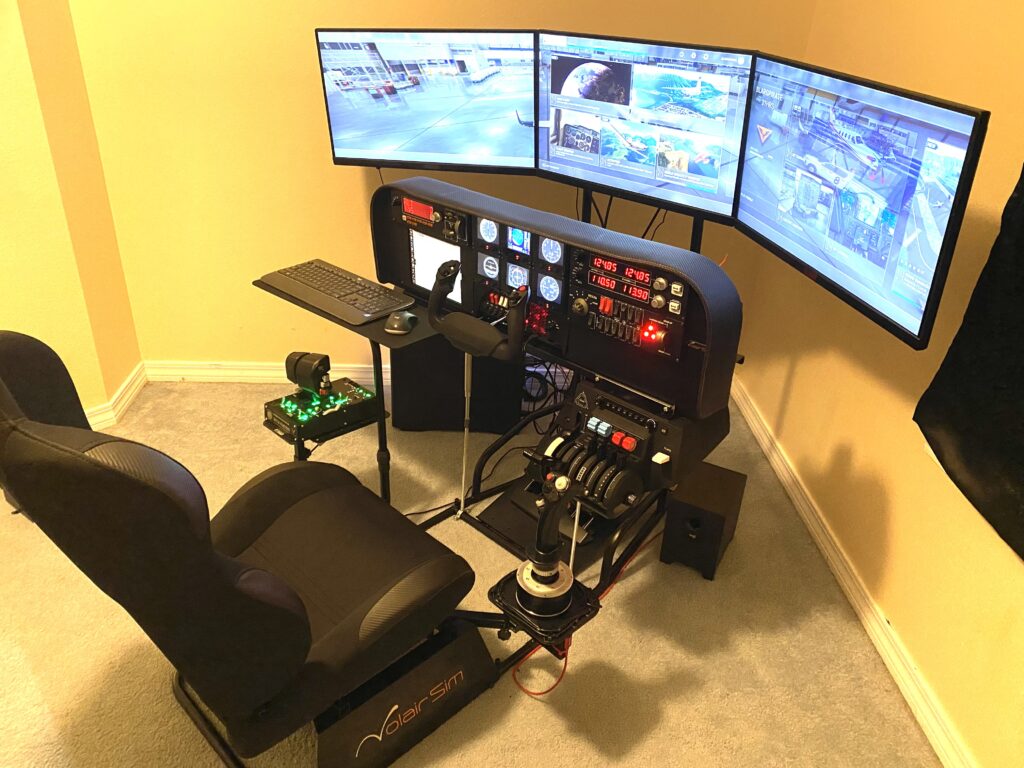 Josh has provided an update on his cockpit build. As you can see, Josh has relocated the keyboard to the left and mounted Honeycomb Bravo to the Avionics Table so that he can use both the Thrustmaster HOTAS and the traditional yoke/throttle configuration.

M5 Bolts, nuts and spacers, and the factory screws on top of the Bravo.

We thank Josh for providing the photos and write-up of this very clever installation. 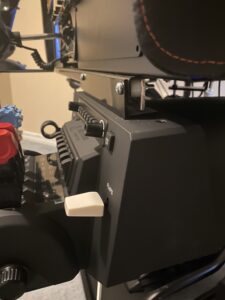 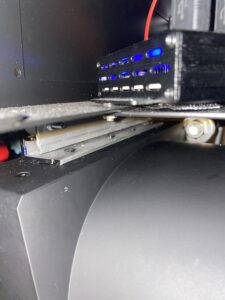 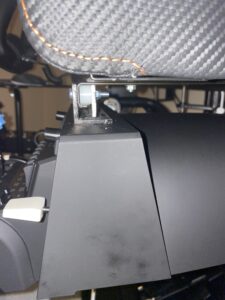 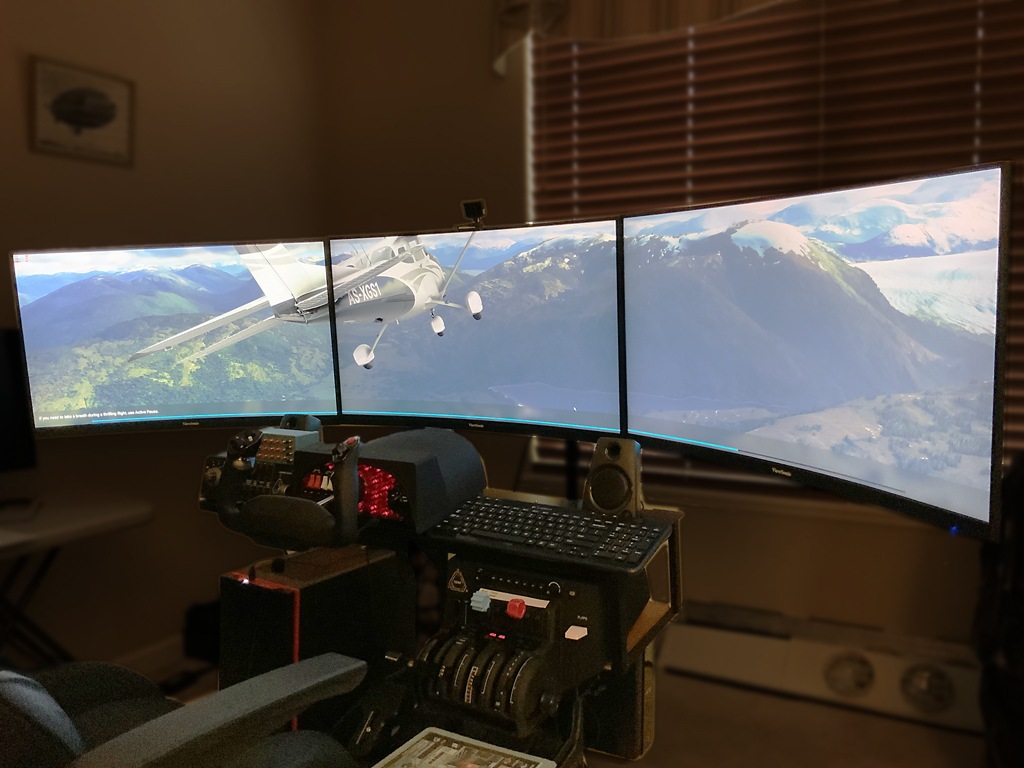 John, one of your customers writes,

After my grandson discovered a nice 3 -monitor configuration on your website, I (or should I say, he…) decided it was time to ditch the 43″ TV I was using – even though it worked well overall – and go for the 3 monitor configuration.  I also purchased the 32″ curved ViewSonic monitors and they work very well.  I won’t go into the installation since that was more than adequately covered by the other person.  While side distortion is unavoidable, it’s something we can tolerate until such time, if ever, FS2020 supports multiple viewports.

I originally had my Bravo throttle quadrant mounted next to its sibling yoke but it never felt very comfortable there – always felt too high.  I had some pre-cut 3/4″ aluminum angle that was almost the exact lengths I needed – when does that ever happen?  I built a small platform under the right side and mounted the throttle about 6″ lower than it would otherwise sit.  Feels much better now.” 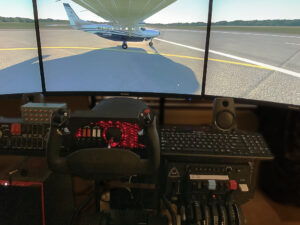 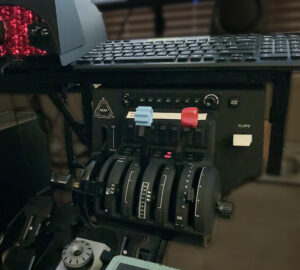 Great job John. We also think that the three 32″ curved monitors look especially cool. Given the small angle of the two side monitors the distortion caused by the nVidia Surround is quite manageable while having a benefit of small impact on frame-rates (the three independent views as implemented in X-Plane are a lot more demanding on the GPU causing much larger frame-rate drop).