Since many of our customer examples focus on flight sim configurations, it is nice to see that racing enthusiasts are also using the Volair Sim to increase their driving proficiency. Below is a review from David who has built a racing sim centered around the Volair Sim chassis. David’s review:

“This is an amazing simulator Rig and built really well that I use it for Sim Racing and some VR stuff mainly racing. After three years of using the Volair Sim I have had zero problems and am glad I chose this rig. Their may be better certainly less expensive, but it is an impressive piece of equipment. The first 2 years I owned this rig I helped me improve my driving skills 100%.

With an adjustable seat that reclines and moves forward and backward makes it real comfortable to race in. With a bad back that means I can make adjustments to my seating so I can race in longer races during a race.

Volair gives you enough accessories to do a lot with your gear. I took some of them and moved them around to hold my VR head set and gloves.

The triple screen monitor stand can wiggle a little when things get exciting but not much of a distraction and not too often. Volair fixed that after my purchase with a new stand alone monitor stand.

I have 3 27” Viewsonic high end monitors that are a little beefy. One thing to look for is the monitor you choose and where the cable hook ups are for the. The vesa mount can be in the way and a cable may not fit or plug in. I had 3 beautiful no border 28” Acer monitors I had to substitute for the Viewsonic Monitors. It may not be the case with the new stand alone stand.

I had no problem with assembly or parts missing or left over and only took one short evening to assemble.

I have read reviews that people complain about what to do with wires dangling all over. Use your imagination because there’s a lot out there to take care of that.

I could ramble all day but I get lost with reviews. You won’t be disappointed with this choice so If its in you price range the pick Volair you won’t regret it.” 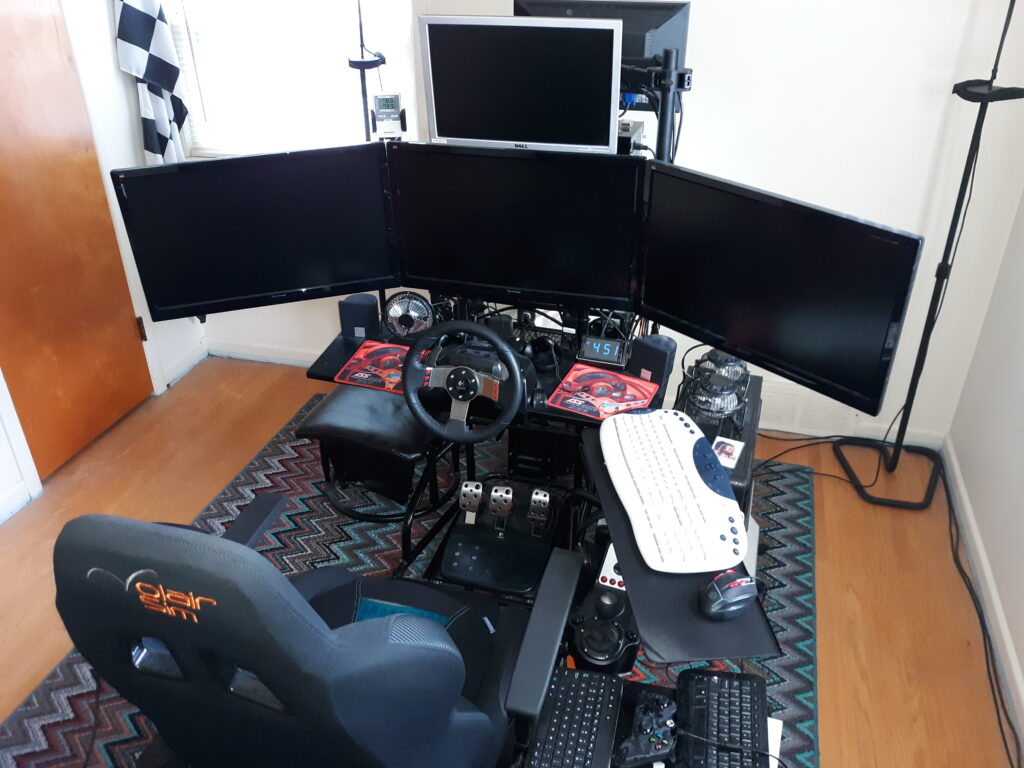