Every once and then, we get asked about using a single curved monitor with the chassis and also mounting a Buttkicker so we thought it would be helpful to share with you an example of a very versatile set-up built by Jeremy, one of our customers. Jeremy has made an interesting modification as he is using an articulating arm to bring a single screen closer to him and using the side arms as mounts for the left and right speakers. As you can see from the photos below, Jeremy switches between racing and flying so he made his set-up flexible to quickly convert a racing sim into flight and vice-versa.

Jeremy writes, “By the way, I’ve been meaning to send you some pictures of my setup. I don’t have multiple monitors but I do have a 34” 21:9 screen that I wanted to move closer to the chair for more immersion using an articulating arm. I also have 5.1 speakers, so I use the left and right monitor mounts for the left and right speakers. Other than drilling holes for the new mounts to fit, I have made no other modifications and the cockpit is very stable even with the monitor hanging forward. It does wobble a tiny bit, especially if you bump the monitor itself, but even with a force feedback wheel it barely moves (admittedly I have a low-end wheel).

To keep the pedals removable but stable I got some 3M hook fasteners at Lowe’s. They’re so strong I have to use an automotive trim removal tool to pry off the pedals! I use normal Velcro to swap out different joysticks depending on what I’m playing. I found a nice headset hanger online that attaches perfectly to the arm rest. 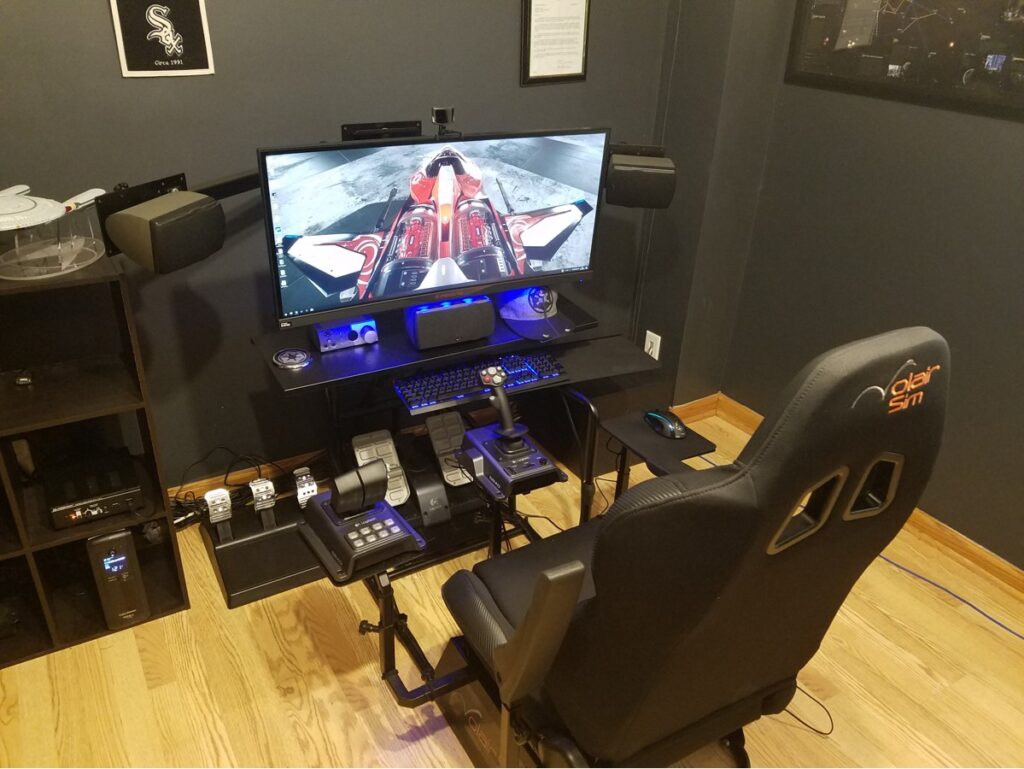